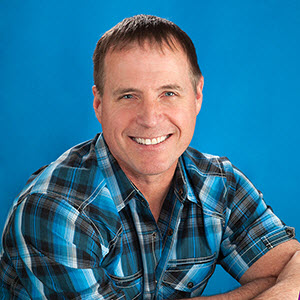 Mike Grabham is the CEO/Founder of Package Guard LLC. Mr. Grabham is a serial entrepreneur starting six companies over the last 25 years. He has extensive business operational experience taking an idea and making it "real" business. He invented and patented the Package Guard in 2017 and is the driving force to get Package Guard into the market.

He came with the idea for the Package Guard when a box of coats was stolen from his doorstep for a nonprofit that he and his wife started called Survive the Streets that continues today to grow and help and resettle more and more people who live in shelters. He currently lives in Walla Walla WA with his wife. He has an undergraduate degree in Mathematics from Mesa State College and earned an MBA from Seattle University.

Benjamin Blumenthal is the Co-Founder of Package Guard LLC and serves as the Chairman of the Board and acting Chief Financial Officer of the Company. Mr. Blumenthal is an executive with more than 20 years of operational experience and was formerly the CEO of Sun To Water Technologies, a company developing an atmospheric water generation device capable of extracting drinking water from the air.

Prior to his leadership of Sun To Water, Mr. Blumenthal was the CEO of Global Water Supply, a company dedicated to the development of Desalination Ships, a large-scale desalination plant onboard a mobile marine vessel, capable of servicing a country’s steady-state demand (i.e., Dubai, Oman) and respond to emergency needs (i.e., Haiti, Japan).

Mr. Blumenthal presented business solutions to, and received support from, the White House, Pentagon, U.S. State Department, U.S. Department of Defense, and NATO, as well as from the governments of Thailand, Singapore, Israel, Egypt, Dubai, Abu Dhabi, and Oman.

Prior to founding Global Water Supply, Mr. Blumenthal served as the Vice President of Bristol Investment Group in New York where he led the firm’s investment in and raised start-up capital for Energy Brands Vitamin-Water, which was subsequently sold to Coca-Cola in 2007 for $4.1 billion.

Mr. Blumenthal is a certified mediator, specialized in cross-cultural conflict resolution. He studied at Oxford, has a Bachelor of Arts from Emory University, and a Master in Business Administration from Emory’s Goizueta Business School.

Just 5 minutes to protect your packages.

At about the size of a Frisbee, (11 in or 27 cm) the patented Package Guard is a Wi-Fi enabled device that is simple to setup in less than 5 minutes. The Package Guard is battery operated and will last 3-4 months before replacing batteries.

Place outside your front door

The Package Guard has guaranteed “real time” alerts for you and your neighbor when each of your packages has been delivered or removed (hopefully not stolen) from your porch.

If a package thief (aka “porch pirate”) removes a package or Package Guard without using the Safe Circle app (owners of course have the app) it triggers its loud internal 100db alarm/siren. 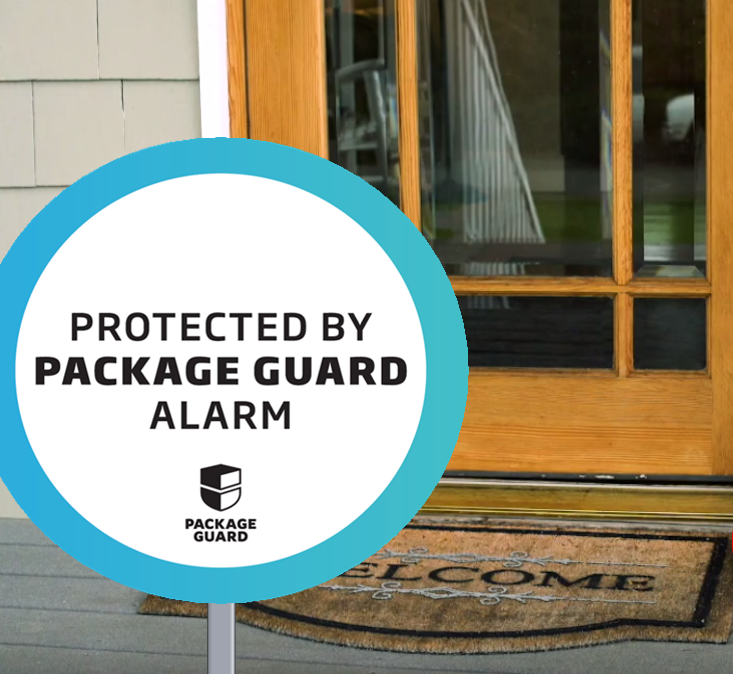